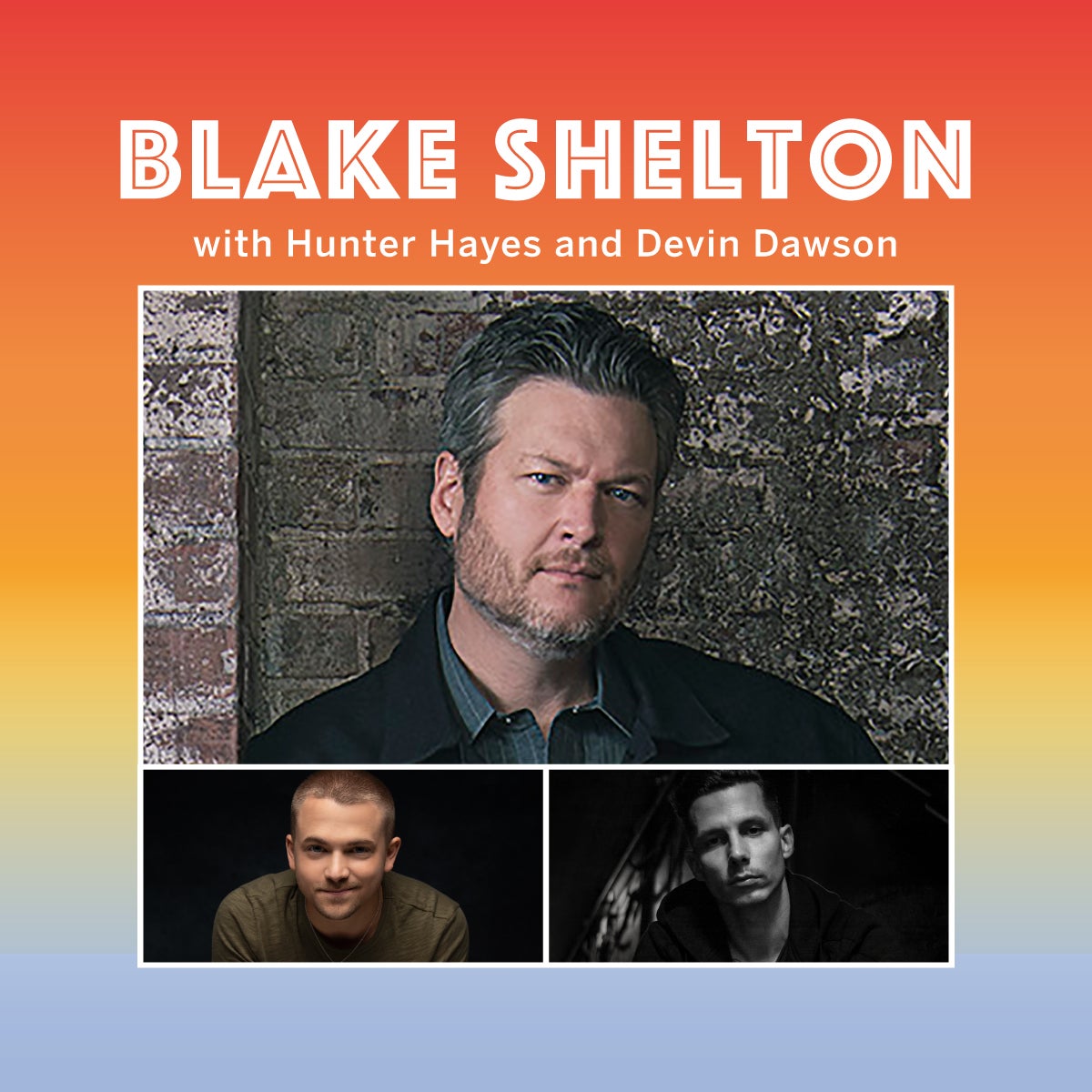 Country Music Association’s 2012 “Entertainer of the Year,” five-time Male Vocalist of the Year winner and GRAMMY nominee Blake Shelton continues to add to his superstar status. His most recent album Texoma Shore became his sixth record to debut at No. 1 on the Billboard Top Country Albums chart and marked his 11th all-genre Top 10. Texoma Shore features tracks including “I Lived It” and “I’ll Name The Dogs,” a romantic tune that boasts more than 115 million streams and marked his 25th No. 1 song. In the week following album launch, Shelton became the first artist in Country Aircheck / Mediabase history to have six songs chart simultaneously. Texoma Shore follows 2016’s Gold-certified If I’m Honest, the best-selling country album release of the year, which spawned three chart-topping songs and earned him a No. 1 on both the Billboard Top Country Albums and the all-genre Top Album Sales charts.

A member of the Grand Ole Opry, Shelton has earned a host of honors throughout his career including 20 ACM nominations and both the male and overall Video of the Year trophies at the 2018 CMT Awards. As a coach for the Emmy Award-winning television show The Voice, Shelton is a six-time champion, most recently with his contestant Chloe Kohanski. Off stage, Shelton has teamed up with Ryman Hospitality to open a string of Ole Red entertainment restaurant venues, a nod to his 2001 hit of the same name. The first location in his hometown of Tishomingo, OK opened in September 2017, while the space on Nashville’s lower Broadway hosted a week-long grand opening in June of 2018. Locations in Gatlinburg, TN and Orlando, FL are due to follow.

Louisiana native Hunter Hayes has achieved over 1.5 billion on-demand career streams globally and three chart-topping singles, including his five-time multi-platinum crossover single “Wanted,” which received a GRAMMY© nomination for Best Country Solo Performance. The massive crossover hit, featured on his two-time multi-platinum debut album Hunter Hayes, is well beyond 120 million streams on Spotify alone and became his first No. 1 single on the Country Airplay charts solidifying him as the youngest solo male artist to top Billboard’s Hot Country Songs chart in over 40 years. The self-titled debut has accumulated more than 500 million on-demand streams in the U.S. alone and also includes the Platinum-certified No. 1 “Somebody’s Heartbreak,” the two-time multi-Platinum “I Want Crazy” and the Gold-certified singles “Everybody’s Got Somebody But Me” and “Storm Warning.” In 2018, Hayes also released the unflinchingly honest and introspective song “Dear God,” which has amassed over 25 million streams globally. With Rolling Stone calling

it an “anthem for the anxious,” Taste of Country also declared: “leave it to Hunter Hayes to release a song that speaks the truth.” 2019 marks the release of his latest single “Heartbreak” and his Closer To You 20-date headlining tour, which wrapped this past spring.