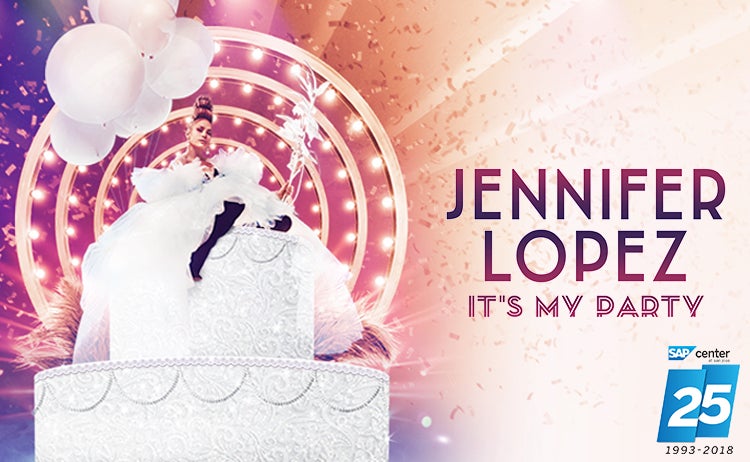 To celebrate her birthday, the multi-hyphenate entertainer Jennifer Lopez, will bring an all new show to fans in 25 cities across North America this summer.  Fans can anticipate a signature Jennifer Lopez show each night - the It’s My Party Tour will feature a nonstop party mix of Jennifer’s new and classic anthems, showstopping choreography and dancers, dazzling wardrobe, jawdropping technology and set design, and all of the glamour and wow-factor fans have come to expect of Jenny from the Block.

Jennifer Lopez announced World of Dance finalists Swing Latino and Briar Nolet, and season one winners The Lab will join her as special guests on her highly anticipated It’s My Party Tour. Season 1 World of Dance finalist, Swing Latino is a world-class Colombian salsa dance group, created as an outlet for children in poverty. It has become a must-see attraction in Cali, Colombia and soon on the It’s My Party Tour. Swing Latino has taken home the top title in the Las Vegas Salsa Championship two separate times and is recognized internationally.

The Lab won Season 2 of World of Dance and is home to World Champion dancers and athletes. Their tricks and stunts wowed the audience and judges on the NBC show and were praised as the highest-scoring Junior Team.

Briar Nolet is an award-winning contemporary dancer who was one of the World of Dance’s season 3 finalists. Nolet has been featured as a cover model on Dance Spirit Magazine and is known for her viral videos including dance concepts music videos.

Lopez has unmatched global appeal with a remarkable longstanding career spanning across music, film, television, fashion, and more. Her previous Dance Again World Tour sold over 1 million tickets, her films have brought in over $3.3 billion in worldwide box office receipts, and last year she concluded her highly successful All I Have Las Vegas residency. Her residency grossed more than

$100 million during the three-year run, leading to the public’s excitement for her first US headlining tour. Yesterday JLo shared the details for her brand new single and very first release for HITCO, “Medicine” [feat. French Montana]. It goes live on all DSPs on April 5. Among a setlist of classic anthems, expect to hear “Medicine” nightly on the It’s My Party Tour!  Pre-save “Medicine” HERE. “Medicine,” the sexy and cinematic music video featuring Lopez and French Montana will premiere imminently.

Lopez, the singer/dancer/actress, is currently shooting the STX feature film, Hustlers, opposite Constance Wu, Cardi B, Julia Stiles, Keke Palmer, and Lili Reinhart.  The story is set in New York City in the wake of the financial crisis and follows a crew of savvy strippers who band together to turn the tables on their Wall Street clients.