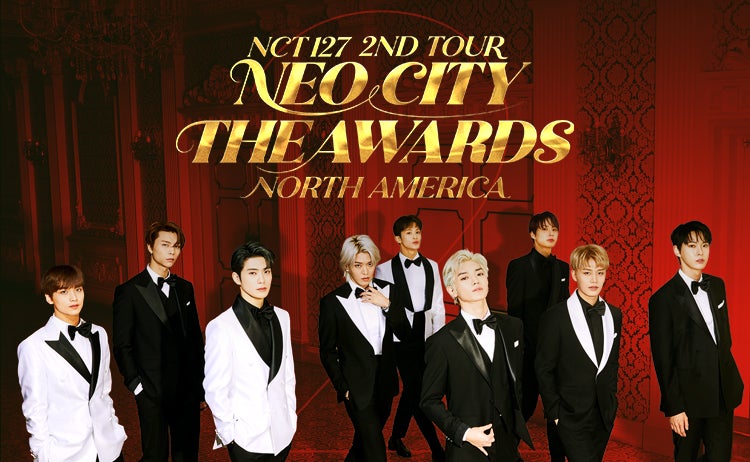 Seoul-based global pop powerhouse NCT 127 announced its 2020 North American tour. The headline run will bring the band to even larger venues than those of its sold-out 2019 arena tour. Tickets go on sale to the general public on Friday, February 28, at 10 am local time at http://www.nct127official.com/#tour.

Rolling Stone hailed NCT 127 as “a phenomenon-upon-arrival” in a review of the opening night of their 2019 tour and noted, “NCT 127 were given the Beatles’ welcome.” The New York Times observed, “NCT 127 showed off pneumatically intense dance moves firmly in the Wade Robson and Laurieann Gibson traditions.” MTV News said, “With their first solo arena show, NCT 127 proved that they have the right stuff to become the Next Big Thing™ here in the U.S. — the charisma, the power, the precision…”

The band’s new album, The 2nd Album ‘NCT #127 Neo Zone,’ will be released on March 6 via SM Entertainment Co., Ltd. with Capitol Music Group/Caroline. Forbes observed “NCT 127 is already one of the biggest U.S. chart success stories in the K-pop game and that looks ready to continue with their upcoming full-length album.” Billboard said, “Fans of K-pop boy band NCT 127 aren’t going to get much sleep in weeks to come…[with the rollout of] an intense pre-album teaser schedule full of new NCT 127 content.”

NCT 127 is previewing the new album with the Neo Zone Chart Show at http://nct127.com/. Through February 25, fans could hear snippets of the album’s tracks and vote for their favorites via Instagram and Twitter to unlock exclusive content. The video with the highest score will have a special gift revealed later. The band has also posted a timeline, video teasers, photos and more via social media. The video for “Kick It,” the album’s first single, will be released on March 5.

There will be three physical versions of the album: the N version, the C version and the T version. Each CD edition will have unique packaging, photos and other content. The N and C editions and the digital edition of The 2nd Album ‘NCT #127 Neo Zone’ are available for pre-order HERE. The T version will be available at a later date.
Across all of their songs, NCT 127 has racked up more than one billion global streams combined, including 360 million streams in the U.S. The 2019 EP NCT #127 WE ARE SUPERHUMAN was a smash, entering the Billboard 200 at No. 11 and charting at No. 1 on Billboard’s Top Current Albums, Top Album Sales, World Albums and Independent Albums charts. Combined global streams of the EP have surpassed 111 million. NCT 127 was the first K-pop act to hit No. 1 on Billboard’s Emerging Artists chart.

Billboard and Refinery29 named NCT 127’s “Highway to Heaven” as one of the Best K-pop songs of 2019. The single debuted as Zane Lowe’s World Record on Apple Music’s Beats 1. In 2019, the band was nominated for an MTV VMA and a Teen Choice award. NCT 127 was the first K-pop group to perform at the MTV EMA. The band’s numerous U.S. television performances include “TODAY,” “Macy’s Thanksgiving Day Parade,” “Good Morning America,” “Jimmy Kimmel Live!” and “The Late Late Show with James Corden.”

NCT 127 is the acronym for “Neo Culture Technology” and the number 127, which represents the longitudinal coordinate of Seoul, Korea, the home of K-pop. The band made its debut in July 2016 with the mega-hit “Fire Truck” and have since found great success with massive singles “Cherry Bomb” and “Simon Says.” Regular-Irregular, NCT 127’s full-length debut, claimed the No. 1 spot on the iTunes Album charts in over 22 regions around the world.