This season, SAP Center at San Jose (@SAPCenter), the San Jose Sharks (@sanjosesharks), and Aramark, the Sharks food and beverage partner at SAP Center, have teamed-up to bring the Launch Test Kitchen, an innovative food concept that provides Sharks fans and SAP Center patrons with a constantly evolving menu of food options from local and highly regarded food truck vendors, to the concourse level at SAP Center.

Together with local Bay Area food trucks, SAP Center and Aramark will look to push the boundaries of culinary creativity with menus that are constantly changing. Fans will be invited to submit feedback on their favorite vendors and food items and provide suggestions.  Fan favorites may find a permanent home at SAP Center in the future.

The Launch Test Kitchen will make its debut on the concourse level at near Section 109 on Tuesday, September 17 when the Sharks host the Anaheim Ducks in the first home preseason game of the 2019-20 NHL season.  The first featured vendor will be the GrilledCheezGuy who will be in place for the first nine games of the season through November 2.

Grilled Cheez Guy - September 17 - November 2 (9 games) - The GrilledCheezGuy started on the streets of Oakland at the Art Murmur after twice winning first place in one year at the National Grilled Cheese Invitational in Los Angeles, CA. Nine trophies later, they have been serving up award winning grilled cheese sandwiches using local ingredients, local businesses, and trying to always be a part of the local community.  GrilledCheezGuy is now both a restaurant and pop-up catering and events business.

Waffle Roost – November 27 – December 22 (8 Games) – Started in the summer of 2013 in San Jose as an ode to chicken and waffle lovers.  Now with three trucks serving the Bay Area.

The Shop by Chef Baca - December 27 - January 29th (6 games) – The Shop is Chef Baca’s newest venture.  The Shop offers varieties from smoked and cured meats such as Pastrami, Cured Bacon, Coffee rubbed Beef Brisket and New Mexico Style Baby Back Ribs as well as Vegetarian Eggplant Napoleon, Truffle Mac-N-Cheese with Spanish Chorizo. The Shop ensures all items are Organic, hormone-free and pesticide-free. Check out "The Shop by Chef Baca" located at The San Pedro Square Market.

Fish Taco Wabo - March 7 - April 4 (7 games) - is a family owned and operated food truck serving the Bay Area since 2012. Chef Hector has been cooking in the industry for over 15 years and decided to bring his passion for cooking to the streets alongside his wife Lulu, and daughter Erika. The Fish Taco Wabo has been thriving since and has made their truck a fan favorite across the Bay Area. The food speaks for itself, Mexican Baja style seafood tacos and much more

The San Jose Sharks are a professional ice hockey team in the National Hockey League (NHL) based in San Jose, California. As members of the NHL’s Pacific Division of the Western Conference, the team plays its home games at SAP Center at San Jose. The Sharks were founded as an expansion team in 1991 and made their NHL debut in the 1991-92 season. To date, the Sharks have won six Pacific Division titles and made the playoffs in 21 of their first 27 seasons, including 14 of the last 15 years – the most in the NHL during that span. 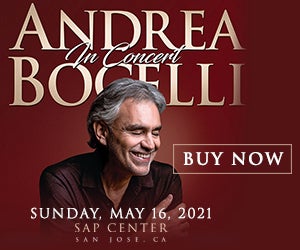