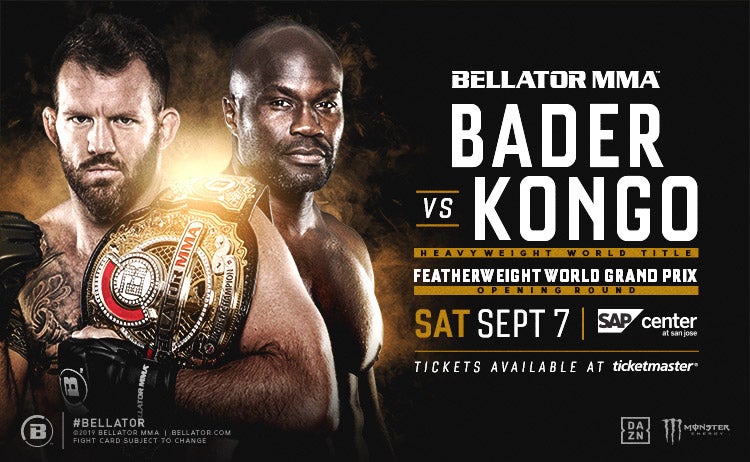 Bellator 226: Bader vs. Kongo will stream live exclusively on DAZN at 10 p.m. ET/7 p.m. PT, while preliminary action will stream on Bellator.com, DAZN and globally on the Bellator Mobile App.

A winner of his last seven fights at both heavyweight and light heavyweight, Bellator’s two-division champion Ryan Bader will make his first heavyweight title defense since defeating “King Mo” Lawal, Matt Mitrione and Fedor Emelianenko in last year’s Heavyweight World Grand Prix. Fighting out of Chandler, Ariz., the former two-time NCAA Division I All-American wrestler from Arizona State University began his professional career by winning season eight of The Ultimate Fighter. “Darth” continued his path of dominance by collecting victories over some of the 205-pound division’s top talent, including wins over former world champions “Rampage” Jackson, Rashad Evans, Phil Davis (x2) and Rafael “Feijão” Cavalcante, as well as Ovince Saint Preux and Vinny Magalhães, before signing with Bellator in 2017.

Since joining Bellator in 2013, Kongo has strung together an impressive run that has seen him emerge victorious in 12 of 14 contests, including eight consecutive victories. With 42 career MMA fights under his belt, the Frenchman most recently defeated former Bellator titlist Vitaly Minakov in a rematch from 2014. The unanimous decision loss was the first of Minakov’s career and cemented Kongo as the true number one contender for Bader’s title. Training alongside “Rampage” Jackson, Juan Archuleta and others at Huntington Beach Ultimate Training Center, Kongo is now looking to add an MMA world title next to his multiple kickboxing world championships. 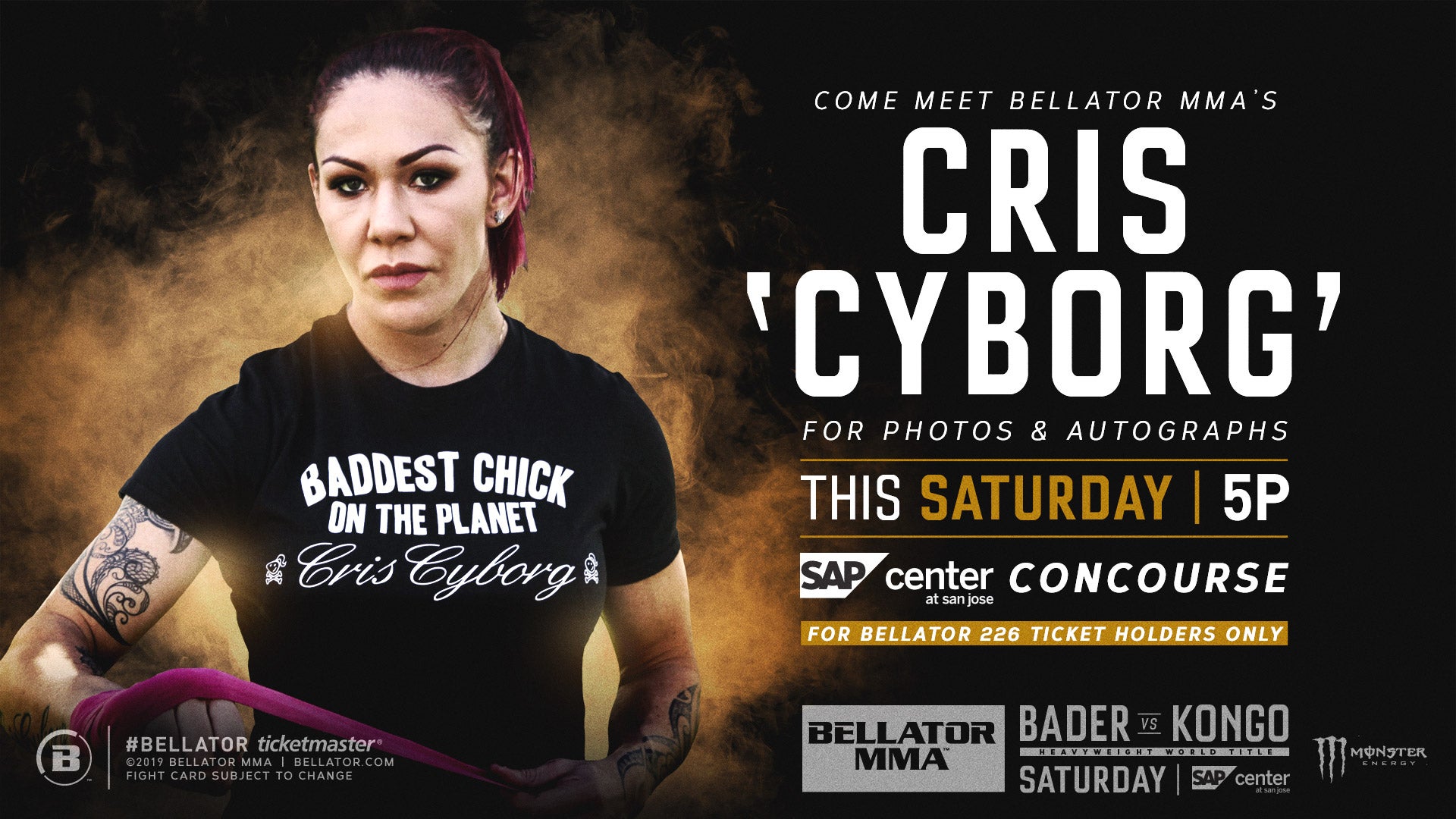 Please keep the following times in mind as you plan your arrival at SAP Center:
Doors open at 4:00 p.m.
Event is scheduled to begin at 4:30 p.m.
*All times are subject to change